Images and symbols help authors in relaying the message and making the story more vivid because a writer tends to show instead of telling. Authors and storytellers use imagery and symbols to convey their ideas through abstract thoughts so that the theory of emotion appears more tangible and concrete to the audience. Besides, proper use of imagery and symbols allows writers to build pictures in the audiences’ minds and develop particular feelings that the author wants the reader to experience through practical approaches because they help describe a concept from a conscious perspective. The use of symbolism and imagery in two religious stories, “A Very Old Man with Enormous Wings” by Gabriel Garcia Marquez and “Good Country People” by Flannery O’Connor reveals certain information to the audience and the way one must be keen to acquire the relevant data.

Both Garcia Marquez’s and O’Connor’s stories have several imagery and symbolism examples that help develop particular concepts. One evident example of symbolism in Garcia Marquez’s story is the use of the word ‘angel’ to denote an old man who appears from an unknown destination Since he has wings, people in the village start to adore him and think that he has some spiritual powers. Father Gonzaga refers to the alien being a “huge decrepit hen among the fascinated chicken” (Garcia Marquez 2) to demonstrate his attitude to the stranger, people in the village, and the relations binding all participants of this story. The readers must be critical thinkers in perceiving the description to get the correct message.

Garcia Marquez uses several other symbols and images to make the story appealing and engage the audience even further. For instance, the author uses this approach to show how Elisenda and her husband Pelayo were forced to call troops to disperse the mob that was going to destroy the house (Garcia Marquez 2). The imagery in this instance helps the reader to understand that many people were flocking the homestead to see the rare creature that leaves everyone talking.

Christian symbols do not directly make the reader think about the religiosity of the characters or religious connections of the story. Instead, Garcia Marquez makes the audience assign certain features to characters. For instance, he writes that Elisenda’s spine twisted from excess sweeping is also a form of imagery expression to show readers that the woman becomes tired and works hard because of her dedication and determination. The situation is similar in the story by O’Connor who introduces a protagonist who achieves the possibilities of redemption via violent acts perpetrated by evil deeds. Both stories show how one’s past good or evil actions help or prevent one from becoming saved or accepted by Christ.

Garcia Marquez’s and O’Connor’s images and symbols in their stories are part of the many others that I see in my day-to-day life. I encounter such symbolic expressions and imagery use of language sometimes when I go to church. Preachers frequently use such terms to win the congregants’ hearts and express specific points in a way that may be acceptable or interesting to the congregation. Besides religious places, ordinary people use such strategies; for example, some of my friends and teachers prefer to be creative with their use of language depending on the context. My friends, for example, may use imagery expressions when they want to keep specific conversations confidential or when they want to hide certain things from those who are not part of the conversation. In contrast, my teachers use symbols and imagery to express ideas when they want the audience to think critically about what they say or make the conversation more interesting. The high rate at which I encounter symbolism and imagery shows that these forms of expression are part of life, and people should be ready to accept and use them.

Effects on Individuals and the Society

Using symbolism and imagery in writing and talking has a significant impact on an individual and society. An individual develops the interest to learn how symbolism and imagery work to be better positioned to use them in their conversations and to be in an excellent position to understand their meanings when used in different situations. Individuals now understand that such forms of expressions are part of life, and failure to be conversant with how such forms work could deter one from fitting into particular contexts. Consequently, individuals read as much content as possible and interact with many people to build their imagery use and symbolism. Similarly, using imagery and symbolism has substantial effects on society. People do not raise eyebrows or feel a speaker or author is out of context when using symbolic or imagery expressions. The use of symbols and images compels other authors and scholars to develop literature that informs others about creative writing, which improves people’s knowledge about these forms of writing and expressions. However, symbolism may be overused when one tries to find an alternate meaning where it has not been placed, making the conversation confusing. Although people try to be creative in their use of language, the rapid development of media content enables diverse audiences to adjust their form of expression to the changing needs.

Whether the Story Would Be Effective without Them

A story would not lack its effectiveness when the author or narrator does not use symbols and images. Still, the level of effectiveness is much higher when the content developer incorporates forms that evoke thoughtful thinking. Using images and symbols helps build auditory, visual, and sensual perceptions without using common or direct words. Applying sensory language helps authors create their content to allow the audience to visualize specific scenes. By utilizing setting details and imagery, the content developer builds a mood or a particular atmosphere of their story because such forms of writing add some beauty to the content.

The use of imagery and symbolism in the stories by Garcia Marquez and O’Connor relies on forms of expression that require readers to think critically is a writing technique that authors should embrace to make their works more interesting. I encounter symbolic and imagery expressions in many contexts, including religious institutions, learning facilities, and social interactions. Using symbols and images in writing and speaking affects individuals and society who accept that these forms of expressions are part of the interaction. Whereas a writer or speaker is not obliged to use symbols and images in their work, it is essential to consider such forms of expression because they make one’s utterances more exciting and thought-provoking. 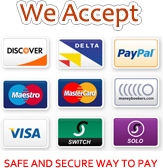